Why you should Do Nothing this Screen-Free Week 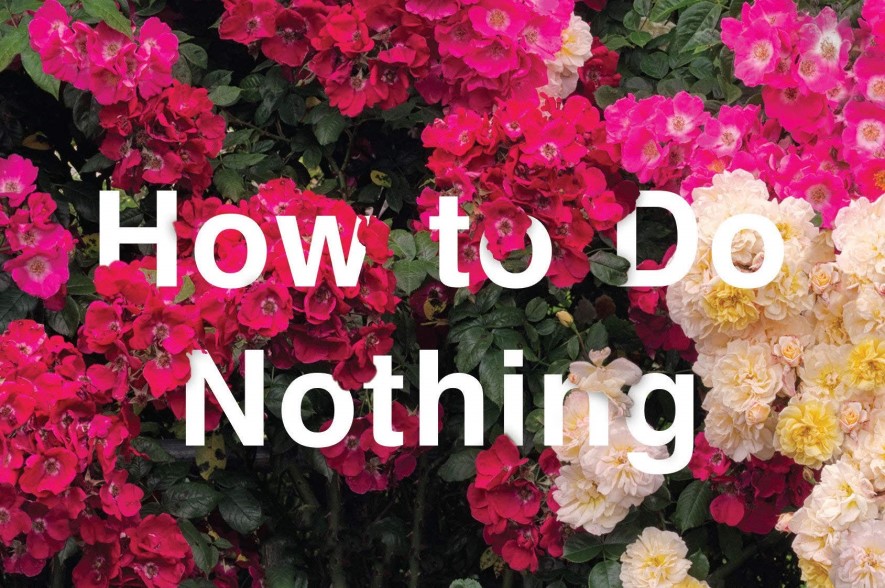 When I first heard about Jenny Odell’s How to Do Nothing: Resisting the Attention Economy, I was immediately reminded of a Facebook Safety Seminar from 2018. Facebook’s head of research claimed smartphone use didn’t displace conversation, and instead people reached for their phones at a time they otherwise would have been “doing nothing.” Watching alone in my office, I was incensed. “You’re never doing nothing!” I yelled at the livestream. “You just think it’s nothing because you can’t monetize it!”

Odell’s book, which is somewhere between a manifesto and a self-help text, takes that moment and spins it into an urgent and optimistic call for action. Facebook’s belief that not being on your phone is “doing nothing” – that if there isn’t a way to profit off something, it doesn’t count – isn’t limited to just Facebook. It’s baked into practically all commercial technology, from social media to productivity apps to educational software. As users, we feel like we can’t afford to disconnect, lest we isolate ourselves socially or disadvantage ourselves economically. And the more immersed in this logic we are, the more it takes hold of our thoughts and inhibits our imaginations, until, Odell says, “we also see all our own time and our actions as potentially commercial.”

As someone whose literal job it is to help shield kids’ imaginations from corporate interference, this resonates. Just as unboxing videos on YouTube make the concept of playing almost inextricable from the concept of shopping, the attention economy’s constant demands leave us unable to do the “nothings” that are actually vitally important to our wellbeing: deep thinking, emotional and physical connection, contemplation of a cool-looking leaf or a funny-sounding bird. (Odell is very into birdwatching.) In order to resist, Odell says, we need to “protect our spaces and our time for non-instrumental, non-commercial activity and thought, for maintenance, for care, for conviviality.”

This is, of course, exactly what Screen-Free Week is about! Unstructured, creative time for non-commercial play, exploration, boredom, and anything else that might bubble up from inside of us. But, Odell says, screen-free space and time are about more than just the good feelings we get when we unplug: “We absolutely require distance and time to be able to see the mechanisms we thoughtlessly submit to,” she writes. This resonates, too. In our time of growing racial and economic inequality and environmental destruction, a week spent refocusing, strengthening, and deepening our attention is both personally and politically necessary:

“It’s not just that living in a constant state of distraction is unpleasant, or that a life without willful thought and action is an impoverished one. If it’s true that collective agency both mirrors and relies on the individual ability to ‘pay attention,’ then in a time that demands action, distraction appears to be (at the collective level) a life-and-death matter. A social body that can’t concentrate or communicate with itself is like a person who can’t think and act.”

This is why, for me, Screen-Free Week isn’t about “time well spent,” or “mindful technology use,” or any of the other tech-gone-good buzzwords that suggest that the problem is with users and not with the exploitative, profit-driven logic of the attention economy. It’s also not an exile, a giving up, or a quitting – taking a break is not the same as running away. Instead, I see Screen-Free Week as a way to hold space for possibility, to do what Odell describes as “standing apart”:

To stand apart is to take the view of the outsider without leaving, always oriented toward what it is that you would have left. It means not fleeing your enemy, but knowing your enemy, which turns out not to be the world, but the channels through which you encounter it day-to-day. It also means giving yourself the critical break that media cycles and narratives will not, allowing yourself to believe in another world while living in this one.

In the struggle to imagine, believe in, and build another world — one where human needs come before corporate profits – Screen-Free Week is a powerful tool. It gives us an opportunity to take back our emotions, energy, and relationships from companies who see them as a commodity – to remember that we are human, and we have real power. And then, we can focus our attention on what it really takes to change the world: patience, reflection, deep listening, joy, and relationships based in common goals and dreams.