Miriam McCaleb is a former kindergarten teacher who taught adults at Tennessee Tech University and the Christchurch College of Education in New Zealand.  She has worked with parents, Police, and prisoners.  She writes for various parenting magazines, has contributed to journals as a writer and peer reviewer, and sporadically blogs at baby.geek.nz.  As a presenter, a highlight was the International Neurosequential Model Symposium in Canada. Lately, she’s part of a research team at the University of Canterbury, examining how women’s smartphone use changes after the birth of a baby. She’s the mother of two great girls and makes a mean courgette relish.

When I graduated as an early childhood teacher waaaay back last century (it was 1994 and my hair was pretty massive), a wise professor told me that I should only accept my qualification if I was willing to also accept a lifelong role as an advocate for children.

Advocacy isn’t easy – it doesn’t take weekends off! It might mean missing the concert because there’s a crying child who’s lost her mum and SOMEONE needs to help her. It might involve difficult conversations with intimidating people – lawmakers or other besuited professionals – because SOMEONE needs to speak up. And, in our personal lives, it could demand that we risk being identified as “That Parent”. You know the one: Captain Buzzkill. The Difficult Mother. She who raises her hand to ask about … oh, I don’t know … screen use in the classroom. I suspect that everyone reading this has found themselves – willingly or unwillingly – fulfilling that role somewhere in their lives, and questioning the gap between normal screen use and healthy screen use. Brothers and sisters, I know you’re out there!

So while my family and I have been celebrating Screen-Free Week since before it was even called that, it was always a private affair. Just a simple little week off from the telly in a happy little home. Remember how easy it used to be? Back in the day, one could just throw a jaunty scarf over the TV and be done for the week. But 2007 changed everything. Hello, smartphone! Suddenly the screens seemed to be lurking everywhere. The “weapons of mass distraction” were overtaking every corner of our lives. And as a children’s advocate, my corner is (metaphorically!) full of babies. When the addictive allure of habitual smartphone use starts impacting the parent-child relationship and therefore human development, an advocate’s gotta advocate! 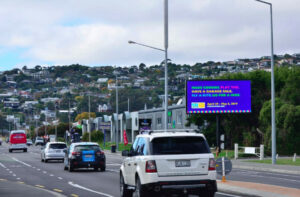 One of the billboards that Canterbury, New Zealand displayed during Screen-Free Week last year due to Miriam’s advocacy.

It’s worth making a fuss because so many people are as yet unaware of the ways we are being manipulated by the people and programs on the other side of our screens. Companies whose stated goal is “time on device” exploit our psychological vulnerabilities as they serve the needs of shareholders, not us – and certainly not children.

It smarts all the more, I think, on our South Pacific islands of New Zealand. It feels a lot like tobacco all over again: multinational corporations peddling unsavoury products and failing to disclose to our people the potential for harm done by those products. Whether the rampant consumerism of the ‘kidfluencer’ on YouTube or the dopamine deficits being manipulated by Instagram, those are imports we could do without. It’s alarming to hear little New Zealand children abandon their kiwi vernacular in favour of the American accents and lingo from kids’ cartoons, Netflix nonsense, or some Kardashian or other. It’s galling to know that right now as I type this, Google is mining the data of both of my daughters and all of their teachers at their respective NZ schools.

Of course, it is somewhat different to tobacco, because there are benefits to tech. As far as school use is concerned, I get that tech can be an administrative boon and save teachers time. And I understand the resistance to change when many schools have invested heavily in technology. But these things are not excuses for barreling ahead with tech when the evidence suggests that children may well be better off without, and only time will tell whether the blessings of those benefits outweigh the documented downsides of our love affair with technology.

So this advocate is trying to do something big and something small – the big thing is that I have gone back to university to look really closely at what’s happening for babies in this current technological climate, and now I’m a (beginner!) health researcher. I’ll get back to you with some results later this year!

The small thing has been to come out publicly as a Screen-Free Week-er. I do a bit of professional development and speaking, so starting early in 2019, any time I was in a group I’d explain what Screen-Free Week’s all about, and invite people to join. (Handy promotional hint: get people to pledge to join in a solid 6 months out and many will commit.)

My friend & colleague Rebecca Green was fully supportive as we spread posters around our community and talked in our local school assembly. We were able to get a press release published in our local paper (along with full colour photo, on the front page!).

My husband successfully got Screen-Free Week images onto digital billboards all over Christchurch in the lead up to the week (*digital irony acknowledged*). See the gallery below. We heard from many families who joined in, and a great many conversations were started.

There’s no denying it now, friends. I’ve officially come out as That Parent. I’m grateful to Screen-Free Week for helping me to do so. I appreciate SFW for providing an existing framework, allowing straightforward promotion of a definable “thing” – a week off screens. It’s achievable for most. It’s both a conversation starter and tool for liberation.

So far, so good. This year we’ll repeat the attempt at free local press coverage, and we plan to host a board game swap at the start of SFW. Next year we might add another layer. From little things, big things grow!

Screen-Free Week is a gentle and positive way to invite a wider community to remember what it’s like to put down the devices. Humans are social mammals, and families are the original social networks. As an advocate for children, Screen-Free Week is one of the best things you can do to rebuild those networks. It’s an easy yes. 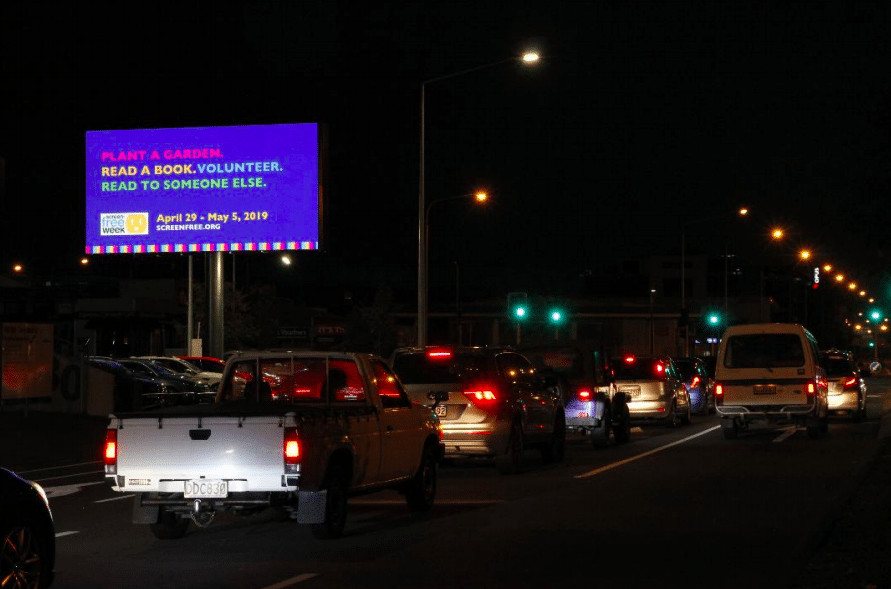 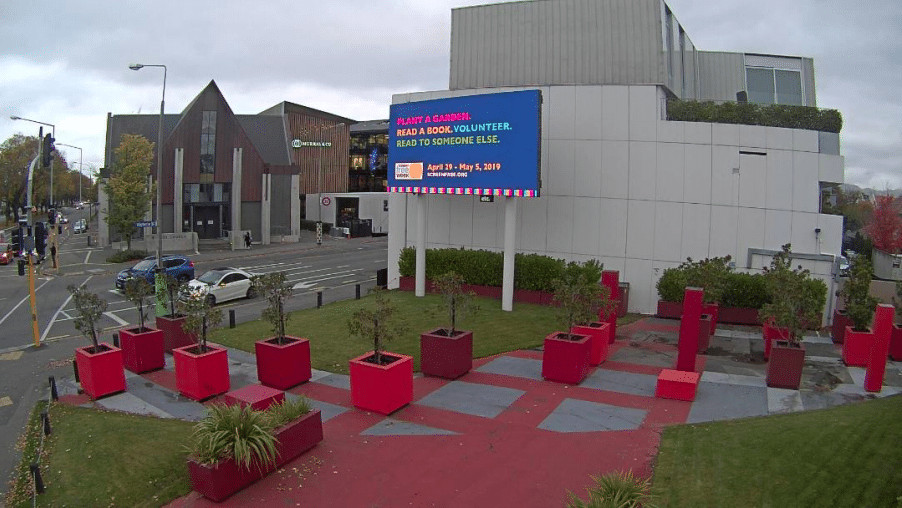 I LOVED Screen-Free Week [2019]. I always do. My little girl learned to ride her bike without trainer wheels and I learned to play gin rummy! When it was over on Monday morning, my little girl was sad! She digs it, too!”

Join Miriam and thousands across the globe in our Screen-Free Week Celebration! May 4-10, 2020.